Warning: Use of undefined constant eedan - assumed 'eedan' (this will throw an Error in a future version of PHP) in /home/customer/www/artandstylescene.com/public_html/wp-content/themes/pchq/widgets/contact_add.php on line 11

Warning: Use of undefined constant eedan - assumed 'eedan' (this will throw an Error in a future version of PHP) in /home/customer/www/artandstylescene.com/public_html/wp-content/themes/pchq/widgets/advertisement.php on line 11

Warning: Use of undefined constant eedan - assumed 'eedan' (this will throw an Error in a future version of PHP) in /home/customer/www/artandstylescene.com/public_html/wp-content/themes/pchq/widgets/category.php on line 11

Warning: Use of undefined constant eedan - assumed 'eedan' (this will throw an Error in a future version of PHP) in /home/customer/www/artandstylescene.com/public_html/wp-content/themes/pchq/widgets/video_supercar.php on line 8
 Lyric Opera 2015-2016 Season - ArtAndStyleScene

This next season at the  boasts a lineup of operas and shows that can make any listener, young or old perk up with interest. Whether it’s an opera, a musical, or a show hosted by Jane Lynch, there is something for everyone. Here is an intro to the productions that will be shown through mid December.

The season starts off with The Marriage of Figaro, one of Mozart’s more famous comic operas. In common operatic fashion, the love triangle features a lover, Figaro, intent on marrying his love Susanna. That is, until the noble Count decides that he wants Susanna himself. It is directed by Chicago Shakespeare Theater’s Barbara Gaines. You can find out how it ends by catching the show.

Next on the docket is the opera Cinderella (la Cenerentola). If you love the childhood classic you will love this opera, with its dazzling sets, sophisticated comedy, and an all-star cast that you won’t want to miss. With superstar soprano Isabel Leonard, the young and incredible talent Lawrence Brownlee and the booming voice of Alessandro Corbelli will make this a night you won’t forget.

Alban Berg’s opera Wozzeck is a newer work, but is quickly becoming a mainstay of opera houses all over the world. A drama, with a powerful story about a poverty stricken soldier driven to murder by his wife’s infidelity, will have you at the edge of your seat. One of the shorter operas, with a run time of 1 hour, 40 minutes. Conducted by Sir Andrew Davis, this is an intense and raw story that is sure to be powerful.

If you’re looking for an opera in English, look no further than the Merry Widow. Full of rendezvous, intrigue, and romantic complications, this production from the Metropolitan Opera will be led by the superstar soprano Rene̒e Fleming and baritone Thomas Hampson, and is sure to please. Let the matchmaking begin!

Opera is not only meant for adults, but even children can appreciate a new world created and sustained through music. The opera Second Nature (by Matthew Aucoin) was written especially for kids, and will have one more performance on October 17 at Francis W. Parker School. It features a small cast, and shows a world in the future in which humans have destroyed the earth. Forced into an enclosure to protect themselves from nature, two kids set out to find out if the world outside is as dangerous as they’ve been told. Admission is free, but reservations are recommended. Run time is 50 minutes.

More information (and tickets) can be found at www.lyricopera.org 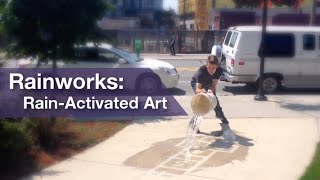 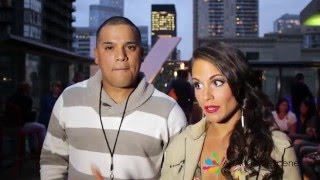 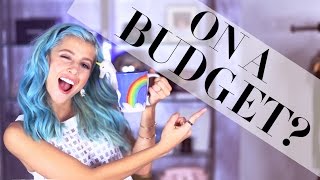